When Elon Musk speaks, people listen. For those who do not know him, he is a South African entrepreneur currently leading innovative companies Tesla, SpaceX, and the Boring Company, among others. Recently, he spoke at SXSW (South by Southwest), a festival of sorts held annually in Austin, TX. This year, he gravely warned that humanity needs to actively seek opportunities to colonize Mars (and perhaps the moon). Leave Earth now, avoid brimming conflicts that are sure to happen, and thus carry the torch of human culture forward. Colonies on other planets would come back to Earth to fix/rebuild.

It definitely is quite a novel idea, with its naysayers of course. Some will definitely argue that civilization has endured larger concerns before and weathered them, even emerging more prosperous. Others are legitimately concerned with the unique concerns/threats we face today and want to have a Plan B in case of emergency. Whatever the secular mindset, everyone can agree, it’s always good to have an emergency plan.

While our innovative friends work on finding ways to preserve the future of humanity on other planets, we want to draw our readers’ attention to the darkest hours that lie before us – right before the dawn. Yes, we believe things will get worse before they get better. Yes, even though historically we have survived multiple wars, genocides, and epidemics, there is still more to come. The intensity will increase – if but for a short while, before Jesus comes. Reading these things in the Bible (see Matthew 24, Revelation 16) may make one’s heart heavy, yet we remain optimistic for the future.

We agree with Elon that humanity’s future is not guaranteed on Earth, at least with the way the world continues. However, we deviate from colonizing other planets (it would be really interesting to see that happen in our lifetime, much how people felt when Neil Armstrong and Buzz Aldrin landed on the moon) to the time when we can live in Heaven (which will eventually come down) with Jesus forever. We are not worried about a plan B because Plan A has already been executed with Jesus’ death providing salvation to all who believe.

God’s plan is to save you and me. He did not send His Son to condemn the world, but that the world be saved through Him. God’s desire is that all will be saved and come to the knowledge of the truth. That’s you. That’s everyone! The invitation is open to all who wish to surrender their lives to Jesus.

Hebrews 11:13-16 reveals those who died without seeing the promises of their faith fulfilled in their lifetime. The passage reveals their mindset: that they were strangers/pilgrims looking for a heavenly city. They realized that this was not their home. They realized that they were temporarily here, but their real home lay with Jesus in Heaven. As those heroes of faith of old, we too look for a city whose builder and maker is God. While we are here, we continue to fight to preserve and take care of man’s original home given to us by God. Even though we know dark times are ahead, God calls us to be lights in the world today. But, as Adventists, we look forward to the day when we can leave Earth in its existing condition, and look to the time when God will recreate the Earth (Revelation 21:1) 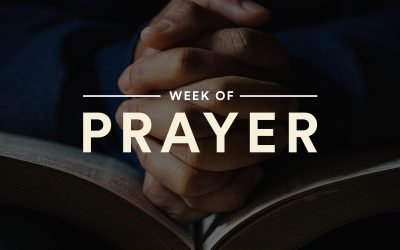 This unique time of separation provides for us a wonderful opportunity to live a more impactful and purposeful life. The book of Zechariah calls us in this day to both corporate and individual repentance, and reflection upon our Savior who died for our sins. In this time of separation, we are called to pray for and with each other as a result of seeing Him who died. Be inspired and encouraged by the powerful and relevant truths found in the book of Zechariah.

END_OF_DOCUMENT_TOKEN_TO_BE_REPLACED 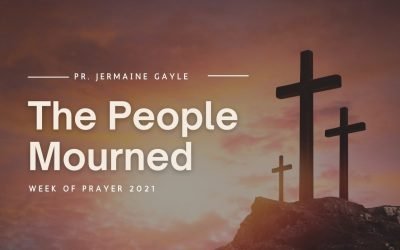 (Zechariah 12:9-10) Deep sorrow, joy and victory follows when one sees the Savior. This mourning described is a depiction of repentance during a time of separation. A time of all bearing responsibility for his/her sins that led to the cross. Only a clear view of the crucified Christ can give a proper understanding of the devastating effects of sin and only then will victory follow.

END_OF_DOCUMENT_TOKEN_TO_BE_REPLACED 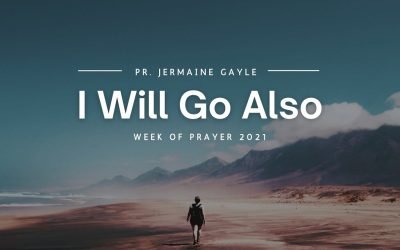 I Will Go Also

(Zechariah 8:20-23) Many people are looking at the end times as a reason to isolate and insulate themselves. Frustrated about the times while failing to take advantage of a weapon that God has provided. We cannot underestimate the power of prayer during these times, God will do great things in response to prayer if only we take the words of the prophet by saying, “I Will Go Also.”